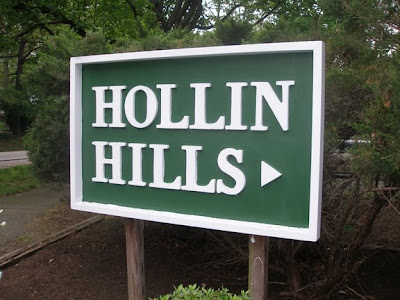 This new listing is for a 4/2 expanded Charles Goodman ranch located in Hollin Hills. When Hollin Hills opened in 1949, builder Robert Davenport charged 25 cents per person to view the model home with the proceeds going to the Hollin Hall School Playground Equipment Fund, according to a Sept. 18, 1949, Washington Post article on how all the initial homes in the development had sold out. The model’s interior was furnished with modern Knoll dining and living room furniture and featured bamboo blinds.

“Build an eye-catching home of modern design, at a low price, in a good location, and you attract nice comments from neighbors,” the story says. “Build an entire community of the same–three-bedroom ramblers, with lots of glass and architectural tricks, on half-acre lots, selling for around $12, 000 and you have a sales problem on your hands. The problem isn’t in getting people to buy, it’s in how to convince people you’ve sold out this year and how about waiting until next?”