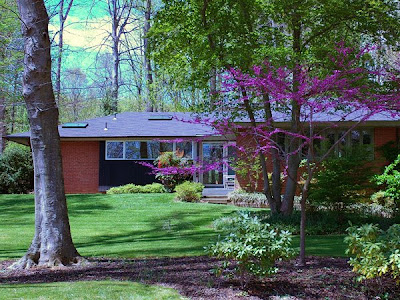 This 1954 custom mid-century was designed by an apprentice and or student of Frank Lloyd Wright, according to the sellers. Local architect Mark McInturff did the modern addition and renovations in 2005.

The 4/3, 3,500 square home located in Bradley Hills Grove in Bethesda was featured in the book Inside the Not So Big House by Sara Susanka and Marc Vassallo. The house is surrounded by several other modern homes, including another McInturff design, a house by David Jameson and the Verl Roberts House by Charles Goodman, which is located at 6938 Blaisdell Rd. See more images here of the home’s combination of mid-century touches with modern, high-end design. 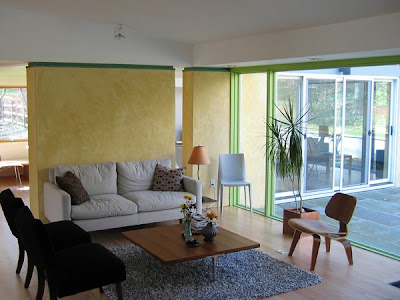 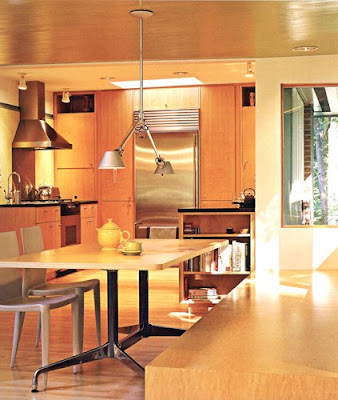 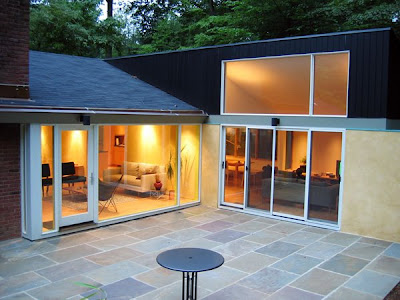