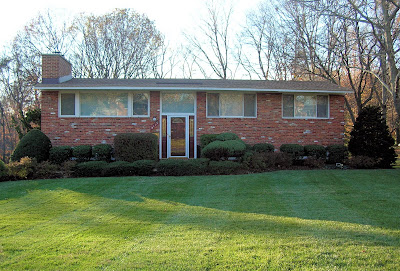 This 5/3 raised rambler in Annandale has a little bit more mid-century style than most homes of this kind. It has cathedral ceilings, clerestory windows and large transom window over the front door with sidelights. I would replace the more traditional door and sidelights with MCM appropriate replacements (you can find cool ones here at Crestview Doors in Austin) to help make this an even hipper 1960s pad.