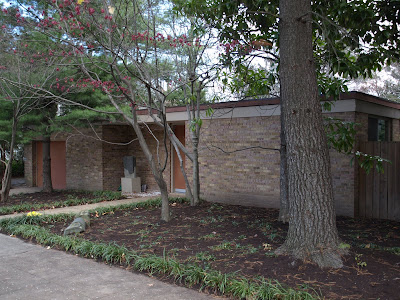 Hope everyone had a good Fourth of July. Here’s a nice home to see this holiday weekend. Open only by appointment today and tomorrow, this 1962 flat-roof home in D.C.’s Forest Hills neighborhood was designed by Joseph Miller, a top area architect during the mid-century period. Miller was a leading force at Catholic University’s school of architecture and a fellow of the American Institute of Architects, which presented him with more than 40 awards during his career. His honors included the 1997 Centennial Award from the Washington chapter of the AIA and awards recognizing his designs for dozens of projects, including this 4/3.5 house on Tilden Street. From the images, it looks like the original details of the home have largely been preserved, although changes in at least one bathroom are visible.