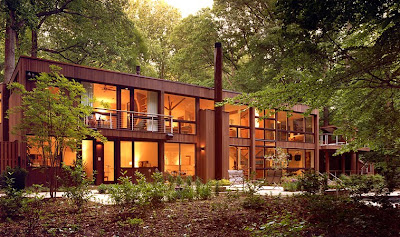 Originally built in 1965, this cedar-clad, 5 bedroom/4.5 bath modern was rebuilt in 2001. The 4,000 square-foot home with pool is located on 1.28 acres in Potomac’s Picasso Lane neighborhood, a dead-end street with around 20 mid-century modern or later contemporaries on nice, large wooded lots. The neighborhood is just off MacArthur Boulevard and near the entrance to Great Falls National Park. Still trying to get more information on this one, but wanted to post before the open house from 1 to 4 p.m. on Sunday. You can also see more images here. 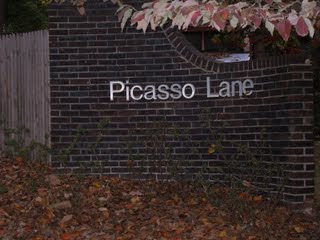