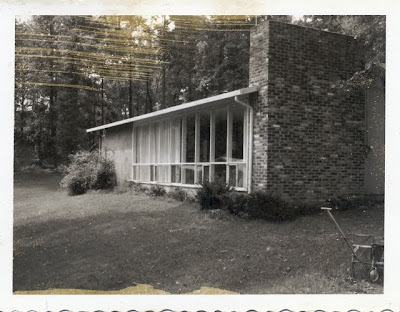 An image of the Kuhn House from the 1950s.
When Craig Kuhn was preparing to put his parents Hollin Hills Goodman on the market, he came across a treasure trove of vintage images of the house, original plans by Goodman and the plans his father Howard, an architect, used to build a very Goodmanesqe addition to the house beginning in 1959. The house, which had fallen into disrepair, recently sold to a “flipper,” according to Craig, who said the home is expected to come back on the market soon. Craig said his parents’ home was filled with Danish modern furniture bought while they lived overseas during the 1950s and ’60s. You can now purchase some of the Kuhn furniture at Modernicus.
Howard Kuhn worked as an architect before World War II and was drafted into the Army Corps of Engineers during the war. After returning home, he started an engineering company that built custom Hollin Hills-like homes in the ’60s and ’70s, Craig said. The plans below (blue paper) were for a standard 3/1 Hollin Hills Goodman. Howard Kuhn modified Goodman’s plans to make a two bedroom and changed the kitchen layout, which included the installation of a GE wall-mounted refrigerator that just recently stopped working. I’ll post the listing when it goes back on the market so you can see what was done with the house, which is located here.

Thanks to Craig for sharing this piece of Hollin Hills history with us. 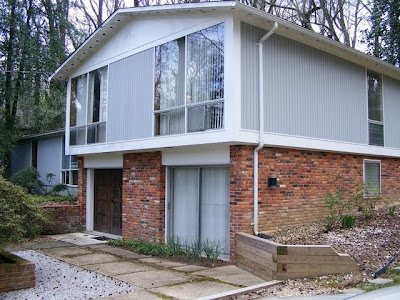 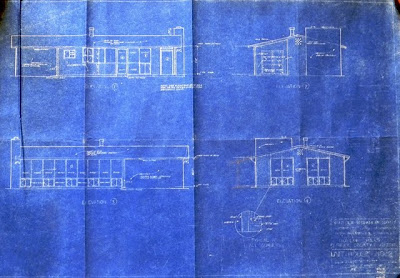 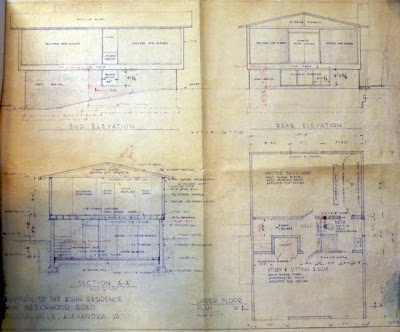 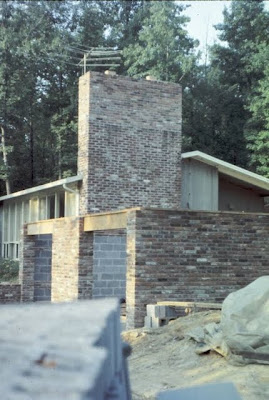