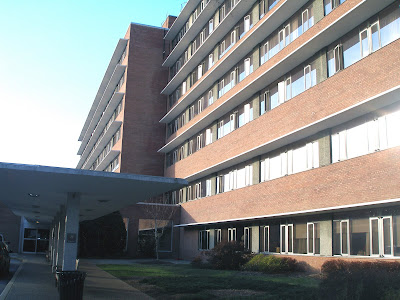 I took these shots nearly 15 months ago when our son was born and just came across them. Sibley opened in 1895 and by 1925 filled the entire block on North Capitol Street at Pierce and M Streets. As the hospital expanded, it looked for a larger plot of land, purchasing 12 acres on Loughboro Road in the Palisades in the 1950s. The new facility opened in 1961. Today, the hospital is looking to expand once again and is planning a new 328-bed building that would be one of the few LEED-certified hospitals in the country. From the plans, it looks like the hospital is looking at a modern glass entry pavillion design for the expansion. 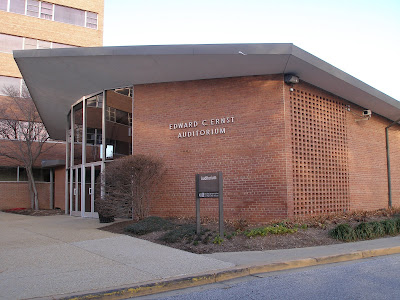