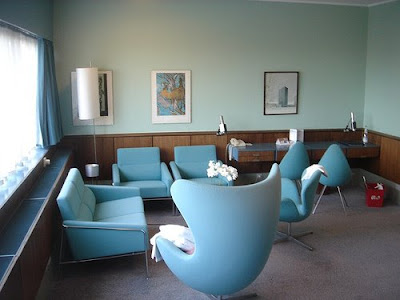 Jacobsen’s Room 606 in the SAS Royal Hotel.
Photo by Richard Moross.
The Post‘s Travel section has a nice piece on Arne Jacobsen’s SAS Royal Hotel in Copenhagen, which is preparing for its 5oth anniversary. Request Room 606 if you go. It’s the only part of the hotel that is left exactly as it was when the hotel opened in 1959.