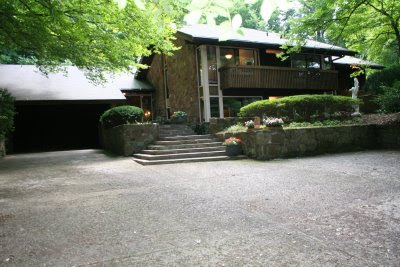 The former home of Carderock Springs developer Edmund Bennett, one of the leading mid-century modern forces in the Washington area, is back on the market for nearly $700K less than last year. (I first wrote about it here.) It took Bennett five years to design the contemporary home, which was built in 1973. He worked on the 5,600 square foot Bethesda project with architect David Condon, who helped design a number of Bennett’s communities (along with Donald Lethbridge and Arthur Keyes) and who had previously worked for Charles Goodman. View pictures of the Bennett house or see it in person during the open house this Sunday from 1 to 4 p.m. It’s located here if you plan to go.