The Dan Tel Aviv: MCM by the Med 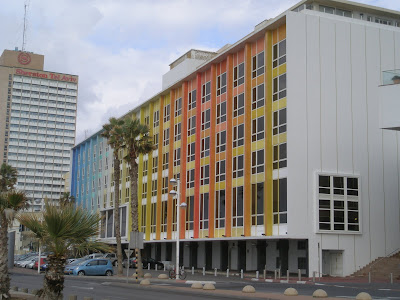 Here’s a little more from my recent trip to Israel. The signature architectural site along the Mediterranean Sea in Tel Aviv is the colorful facade of the Dan Tel Aviv, which opened in 1953 as the young country’s first luxury hotel. Designed by architect Heinz Fenchal, the mid-century modern hotel was the “hotel of choice for heads of state and other VIP’s [and] became the favorite hotel and entertainment venue for Israel’s government leaders and foremost financial figures–not to mention national and international media personalities,” according to a corporate history of the Dan Hotel chain. The colorful western facade was painted in 1986 by Israeli artist and sculptor Yaacov Agam. Below is a shot of the eastern side of the hotel along Hayarkon Street. 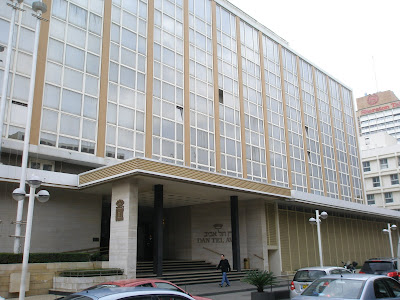